For more on the methodology for this report, click here.

The pandemic resulted in significant changes to how Americans work and where they live, with many companies transitioning to remote work. As companies begin to permanently commit to a hybrid work model or, like Yelp, a fully remote workplace, the landscape of office-centric downtowns has changed for the foreseeable future. To better understand how the shift to remote work has impacted the recovery of local businesses in cities across the U.S., Yelp looked into how the average yearly business growth in downtown and non-downtown areas has changed, as well as how the number of existing businesses has changed across six major cities in the U.S. 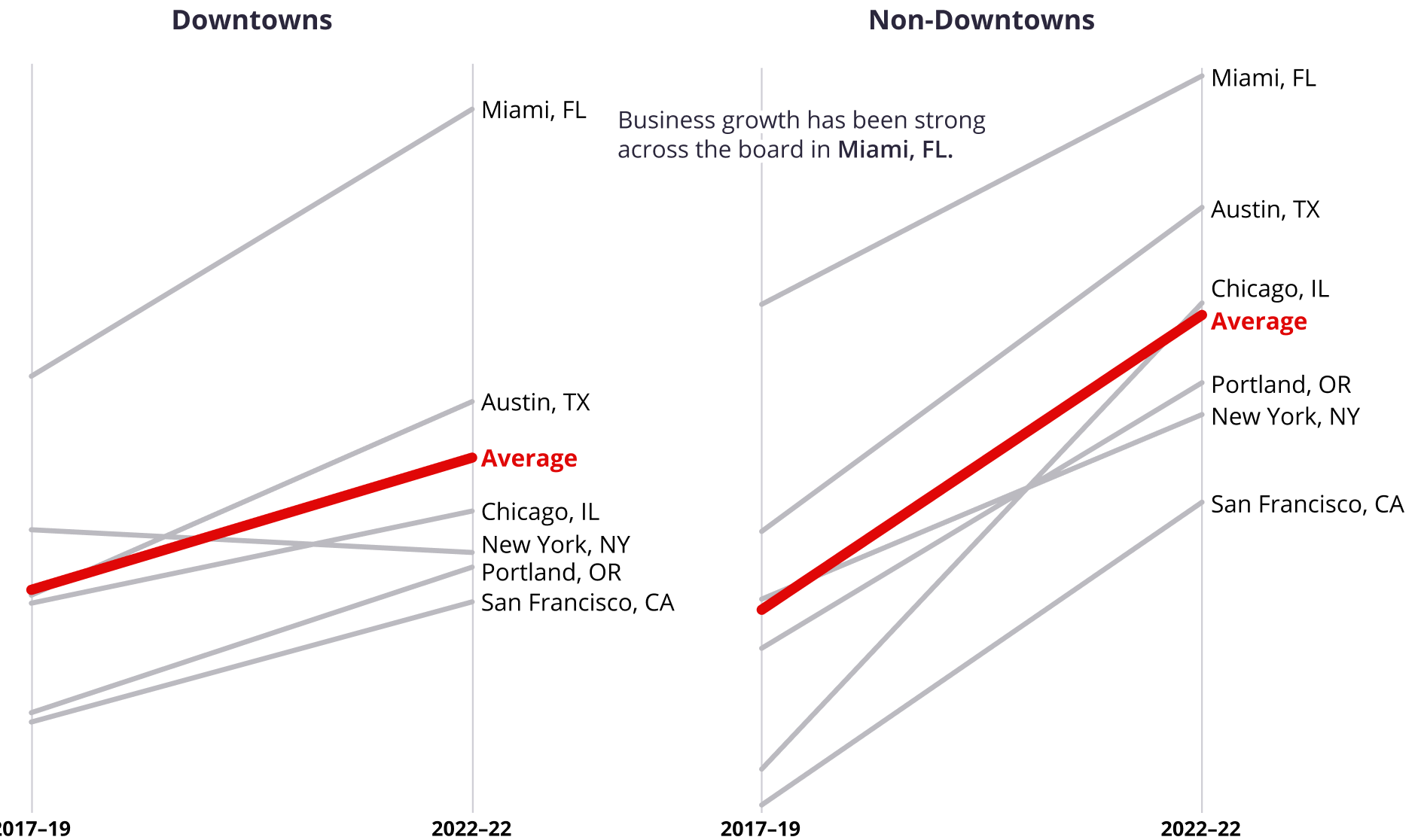 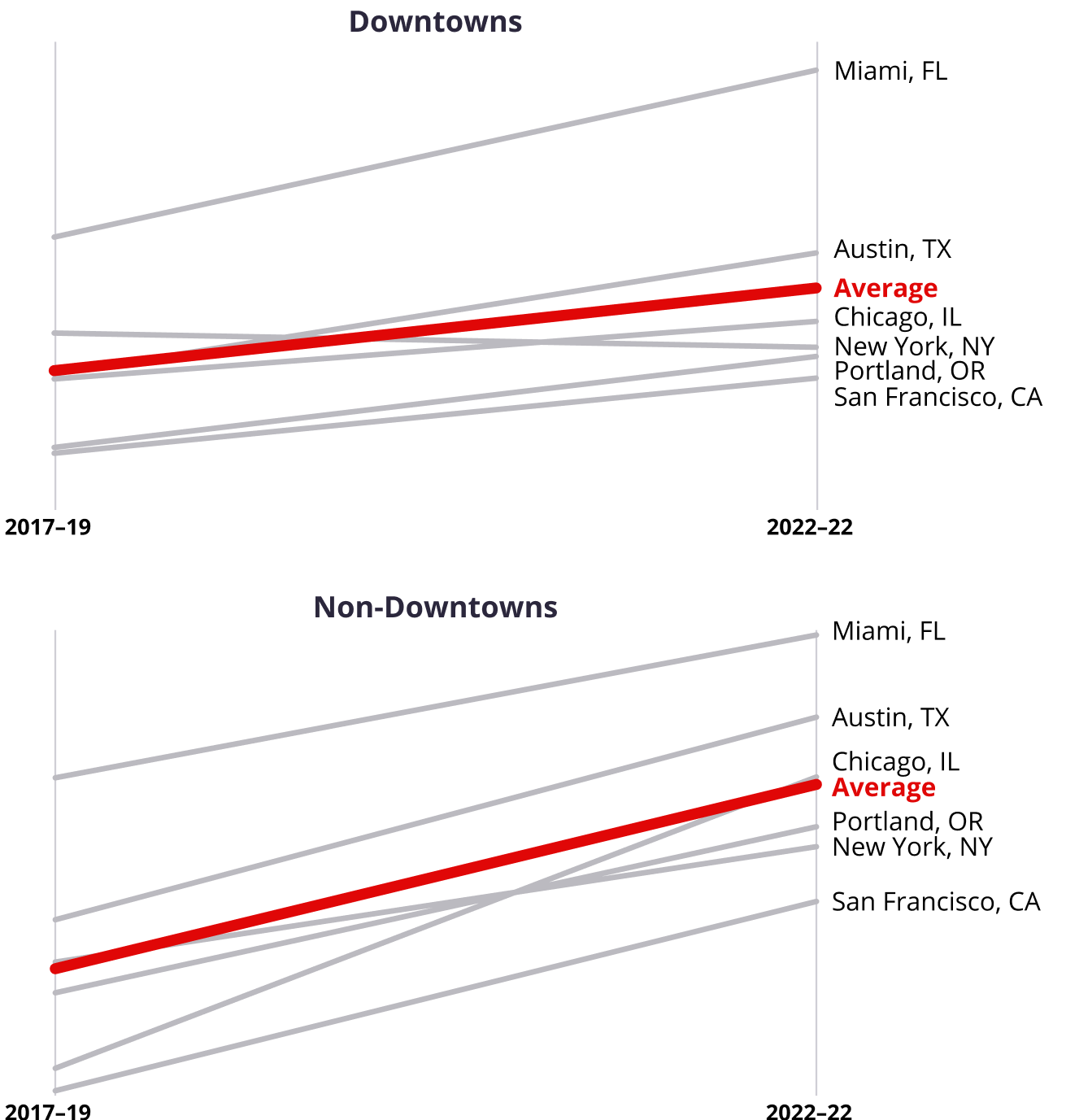 Miami saw the smallest percentage difference, with its non-downtown growing by 7% more than its downtown areas, but saw strong business growth overall – the average growth rates for both downtown and non-downtown areas in Miami are the highest among the six cities examined, likely driven in part by the growing number of tech companies that have moved to the area. 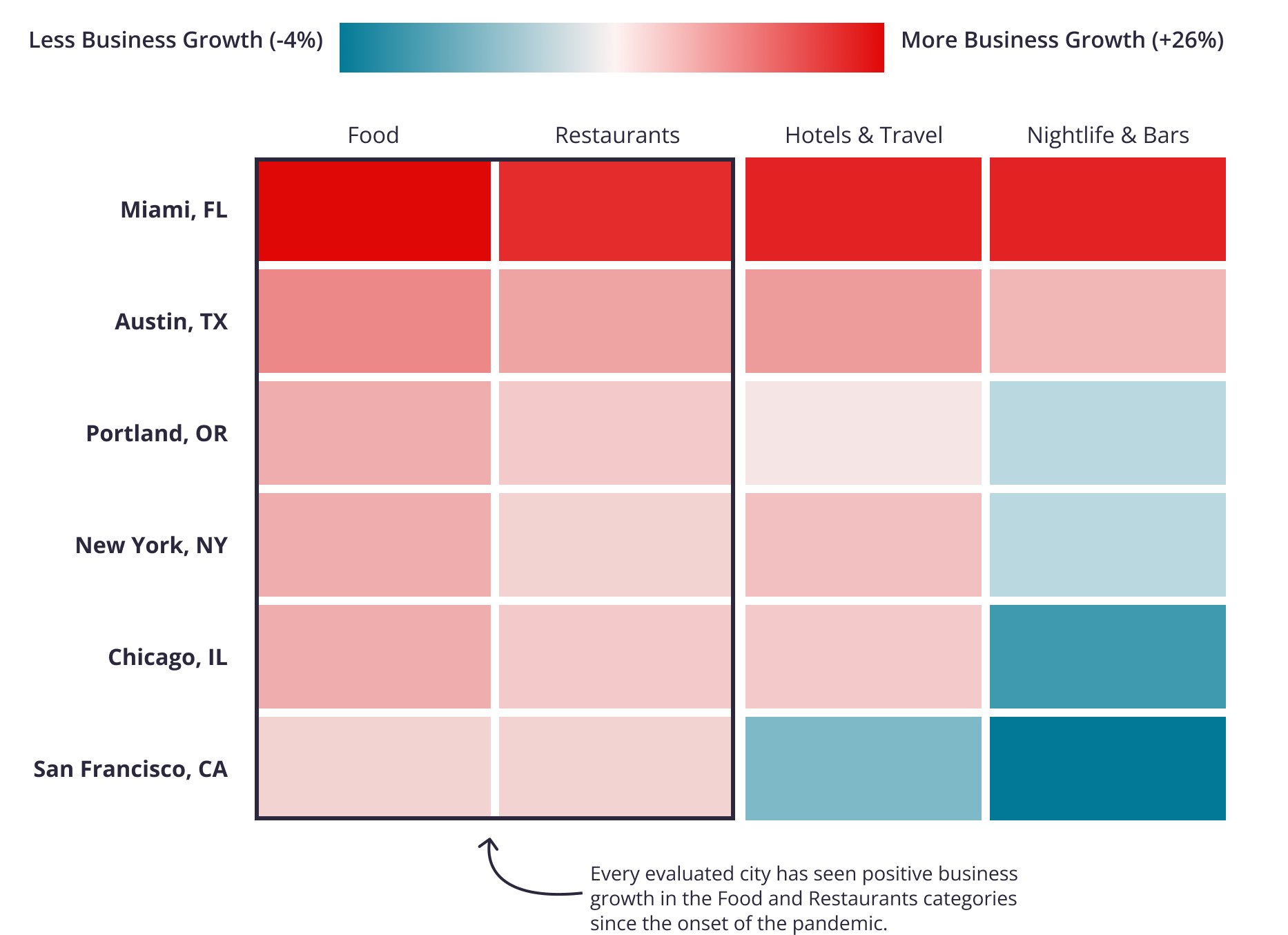 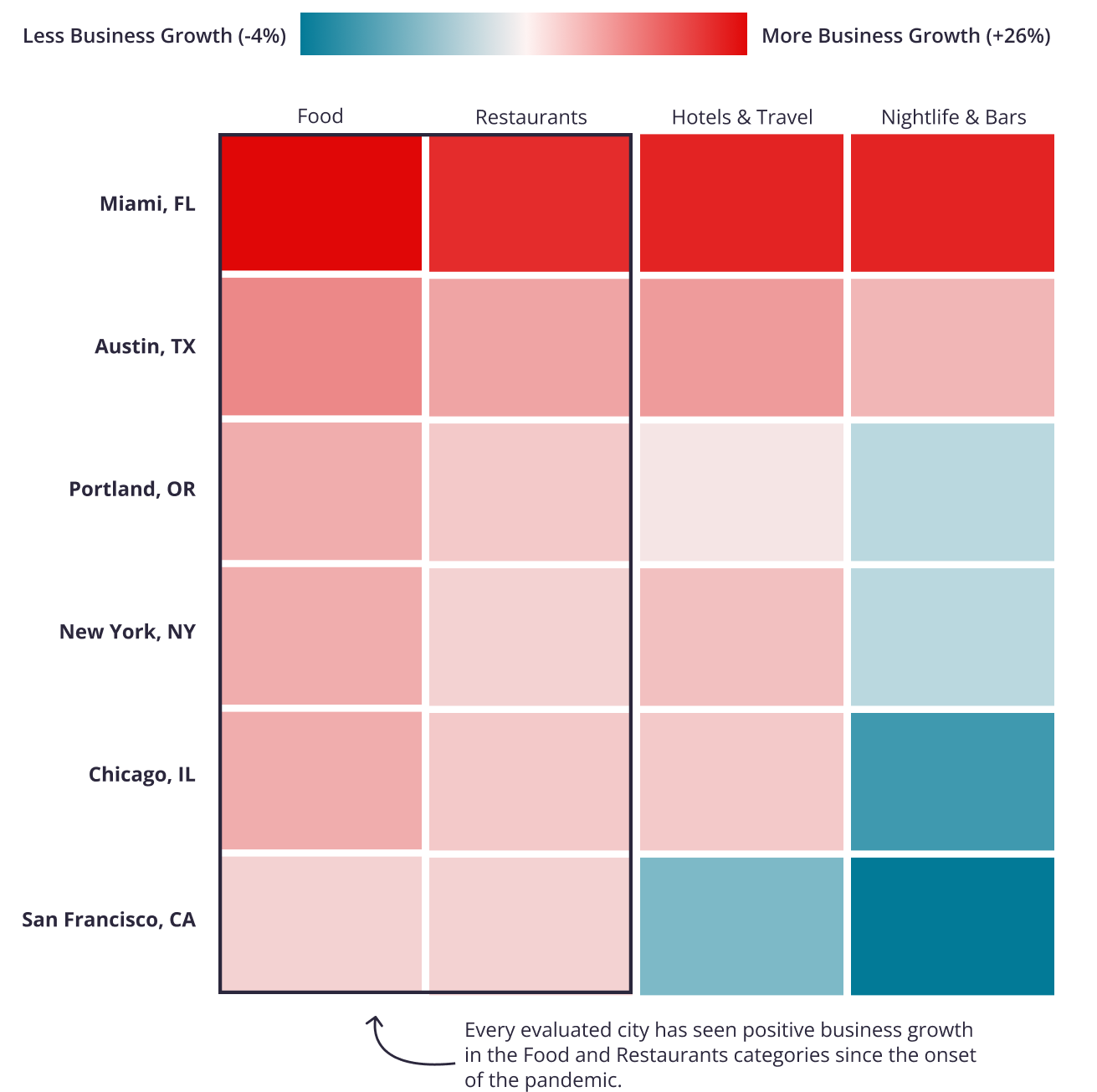 While it’s promising to see both downtowns and non-downtowns continue to grow, the rapid growth in non-downtowns across the country demonstrates the positive economic opportunity that remote work has brought businesses in residential city neighborhoods, versus those in office-centric downtowns. Look for more analyses on how inflation has impacted local economies in our upcoming Q3 Yelp Economic Average.

To determine how the pandemic, shift to remote work and great reshuffling has impacted the downtowns of main metropolitan areas, Yelp compared the average business growth in April 2017 - 2019 (pre-pandemic) to April 2020 - 2022 (pandemic) across six downtowns relative to the rest of their respective cities.

To determine the business categories growing in the non-downtown and downtown areas, Yelp examined the food, restaurants and nightlife categories as well as hotels and travel, comparing the average business growth in April 2017 - 2019 (pre-pandemic) to April 2020 - 2022 (pandemic).

We evaluated Portland, OR; San Francisco, CA; Austin, TX; Chicago, IL; Miami, FL; and New York City to provide a representative sample of cities across the U.S. “Business growth” refers to the change in the number of existing businesses. The “downtown” of a city was defined by identifying the main office centric neighborhoods.

Neighborhoods used to define the “downtown” area of a city: